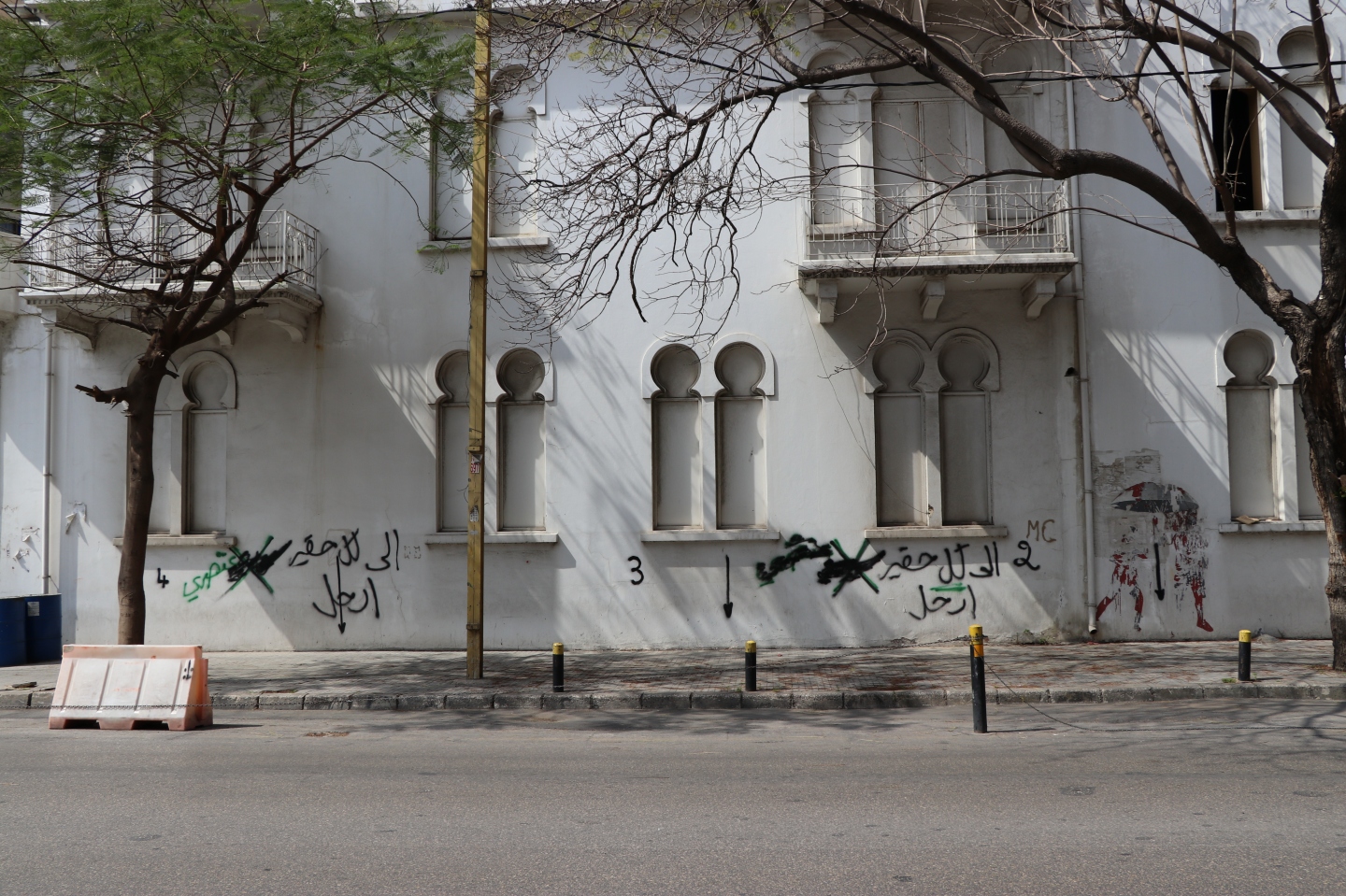 This is the first in a series of poetic responses to photographs taken by Refugee Hosts PI Dr Elena Fiddian-Qasmiyeh during a field-trip to Baddawi refugee camp and the neighbourhood of Jebel al-Baddawi in North Lebanon, and to a range of neighbourhoods in Beirut in March-April 2018. Written by Refugee Hosts Writer-in-Residence Yousif M. Qasmiyeh and/or PI Dr Elena Fiddian-Qasmiyeh, they reflect on everyday encounters in and dynamics of displacement. 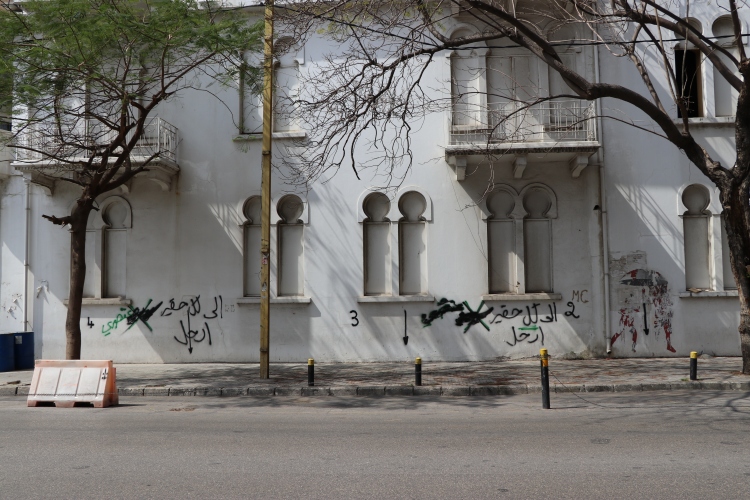 “To every despicable Syrian, leave!”

“To every despicable racist, leave!” (L)

“To every despicable (person), leave” (R)

Yet the words were sprayed

Under their permitting eyes.

Photograph: Graffiti on the facade of a building in Beirut © Elena Fiddian-Qasmiyeh, Beirut, Lebanon, April 2018.

Read more creative responses to our research in our Creative Archive