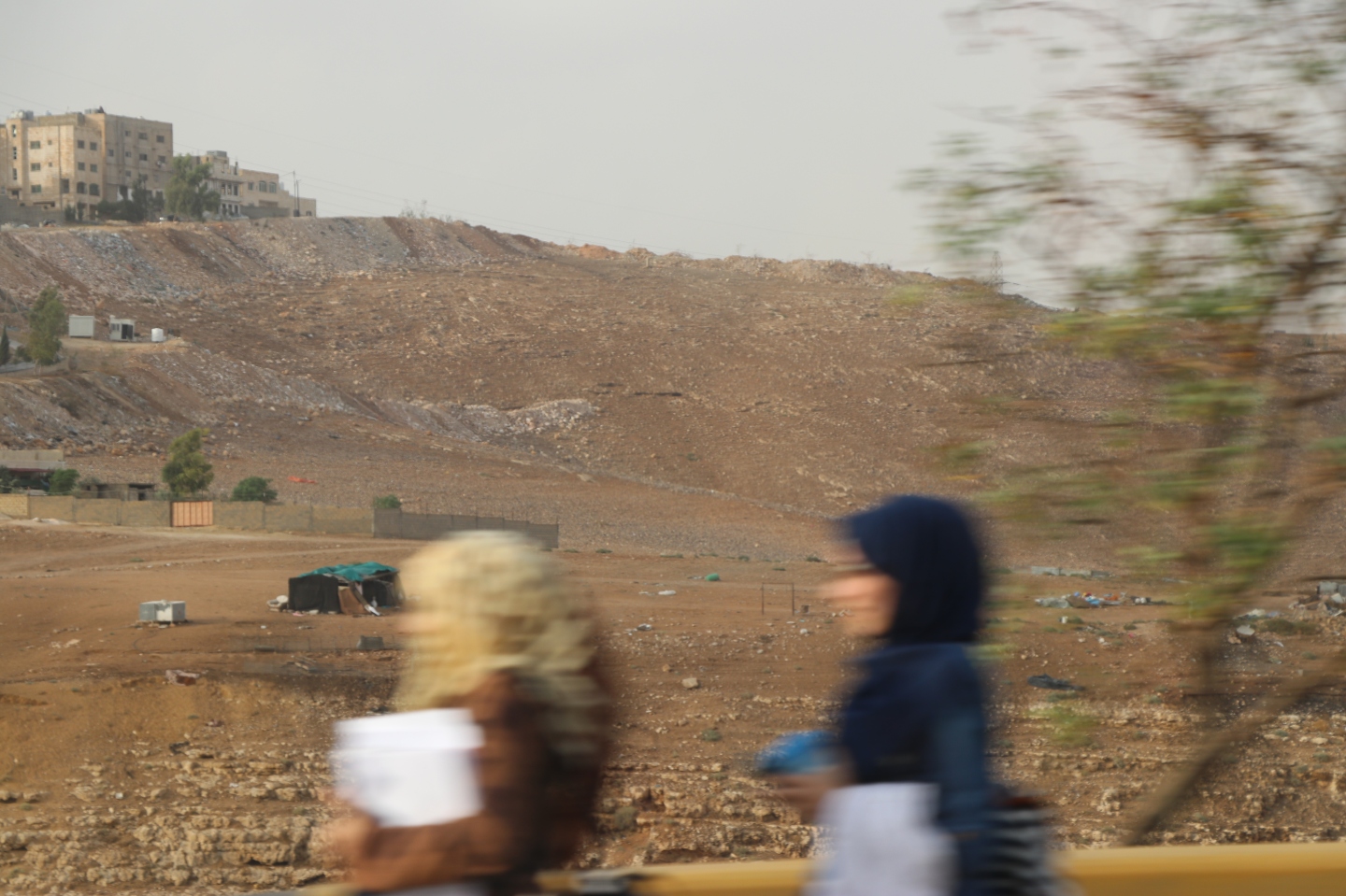 This piece problematizes dominant conceptualisations of refugees in Jordan both as passive victims dependent on aid and as migrants who are ‘interchangeable’ within the Jordanian labour market. Specifically, Aaron Steinberg examines and problematizes the impact of the Jordan Compact, an international agreement ostensibly providing paths to employment for Syrian refugees in Jordan. However, as Steinberg notes, the Compact is reminiscent of early labor policies responding to the arrival of Palestinian refugees in the country, provides an opportunity for exploitative employment practices, and influences Jordan’s relationship with international aid providers. In line with the Refugee Hosts’ project, which seeks to critically document and trace experiences of, and responses to, displacement, Steinberg’s piece identifies the roles of diverse actors, situated throughout history and with different motivations and modes of action. As such, Steinberg’s research provides an opportunity to critically analyse the impact of government policy on the broader Jordanian labour market and its relationship to Syrian and other refugees on the one hand, and the wider international political arena and aid environment on the other. It also provides important insights into the impact on refugees and their relationships with host communities, and enables us to further consider the importance of history and historical context when examining responses to displacement.

If you find this piece of interest please also see our Contextualising the Localisation of Aid series or access the recommended reading list at the end of this blog.

In February of 2016, the Jordanian Government signed the Jordan Compact, an international aid agreement with the European Union officially aimed at transforming Syrian refugees from humanitarian aid beneficiaries to development opportunities by providing them with pathways to employment without exacerbating Jordan’s high unemployment rate. Although the Compact has been lauded as a ‘paradigm shift’ in responses to protracted refugee crises, the strategy is reminiscent of an earlier response to forced migration in Jordan—the Palestinians who began arriving in 1948 (for a critique of the designation of ‘localised’ responses to refugees from Syria as a ‘paradigm shifts’, see here). Exploring the similarities and linkages between the two episodes of migration shows how the Palestinian experience set a precedent for this transformation.

When Syrian refugees began to arrive in Jordan in 2011, their prospects for employment were dismal. To protect the domestic labor market, the Government of Jordan (GOJ) had effectively barred displaced Syrians from formal employment, forcing Syrians into precarious and illegal arrangements to make a wage. In late 2015, when a ‘solution’ was suggested by UK-based academics Collier and Betts (professors of economics and foreign policy respectively) that they proposed would revitalize the strained Jordanian economy and address the issue of refugee employment, policymakers and politicians were eager to climb on board.

The solution was a compact model that combines development and humanitarian funding through concessional loans and grants that help integrate Syrians into special economic zones (SEZs) already filled with migrant workers largely from Southeast Asia. To help stimulate job growth, the European Union agreed to relax trade regulations on factories in the designated SEZs on the condition that 15% of their employees are Syrian. After three years, this proportion would increase to 25%. Currently, 75% of Jordanian factory labor can be composed of migrants; the remainder has to be Jordanian. Factories take full advantage of this stipulation; on average 73% of workers in garment factories, which manufacture Jordan’s most productive export, are migrants. Migrant workers are viewed as ideal for employers because they live near the SEZs and can work longer hours, and for less pay, than Jordanian nationals due to their lack of protection by Jordanian national labor laws leading to their exploitation. In effect, the compact would replace these migrant workers from Southeast Asia with Syrians.

This new approach hinges on the compact stakeholders’ view of migrant workers as being interchangeable, but it has yet to be seen whether Syrians are a viable (or willing) replacement for Southeast Asian migrants. Regardless, migrant workers’ tenuous existence has been intertwined with refugees in Jordan for decades—filling gaps and making space as the state requires with the needs of the migrants remaining secondary.

The seeds of Jordan’s current dependence on foreign labor were sown with the Palestinians’ arrival in the fallout of the Arab-Israeli wars. Widespread unemployment plagued Jordan following these massive shifts, significantly depreciating wages. The only sector that was largely unaffected was the East Bank–dominated public sector, from which Palestinians were restricted, to protect the interests of the government’s most important domestic constituency.

In response, the UN Relief and Works Agency—tasked with caring for Palestinian refugees—created vocational training schemes that assisted Palestinians in finding higher-paying jobs abroad, contributing greatly to an increase in the number of Palestinians working in the Arab Gulf’s oil sector. These workers, whose education was funded by the international community, helped relieve unemployment without resulting in labor competition in Jordan’s domestic market and provided substantial remittances for the Jordanian economy.

The flow of labor to the Gulf and resulting remittances increased throughout the 1960s and 1970s, fueling a demand for services and infrastructure projects in Jordan. This created a new demand for migrant workers, which was met with labor from Egypt and Southeast Asia. Migrant labor has continued to be an important aspect of the Jordanian economy, but they are now seeing their role change as Syrians—like their Palestinian predecessors—become embedded in the Jordanian economy.

During both waves of migration, refugees within Jordan have had their ability to become economically self-reliant hampered through exclusion from specific employment sectors. Palestinians were restricted from the public sector and Syrians barred from both public and private sectors until international humanitarian assistance provided the aforementioned educational and labor schemes. The applications of the humanitarian assistance aimed to strengthen the Jordanian economy, but are not durable solutions to the protracted crises.

International funding will continue to be important to Jordan during times of regional unrest; however, the state’s continual dependency on aid has led the Jordanian government to portray the refugee crisis with selective accuracy. Misinformation, such as overestimating refugee populations, has been part of the government’s approach, as seen with Palestinians and now Syrians. Inflating statistics helps to maximize foreign aid; this not only helps cover costs but also stimulates the Jordanian economy, especially when factoring in the stipulation that one-third of beneficiaries from nearly all aid projects must be Jordanian.

Refugees in Jordan should not be seen solely as humanitarian aid beneficiaries or as a new kind of development opportunity spawned from an international aid agreement. They have been woven into an existing fabric of dependency on international aid and cheap migrant labor. International stakeholders have shown that they are happy to nurture this dependency; earlier, as a part of a larger effort to curb political pressure from Palestinians and today to contain Syrian refugees in the Middle East. While these approaches are flawed and characterised by diverse forms of precarity, they are one of the few options that Jordan has in these situations due to its location, precarious socioeconomic make-up, and poverty of resources. Further, the Compact’s implementation makes it a valuable – if controversial – experiment in labor policy relaxation during protracted refugee crises, and diverse lessons remain to be learned from it as options for this and other protracted displacement situations are explored.

Adams, H. (2018) Syrian and Palestinian Refugees in Lebanon and the Emergent Realities of Return

Fiddian-Qasmiyeh, E. (2019) ‘Looking Forward: Disasters at 40,’ Disasters, 43(S1):S36-S60 (Open Access here – the article critiques the framing of the 3RP as a ‘paradigm shift’, and traces the long history of development-humanitarian responses to displacement).