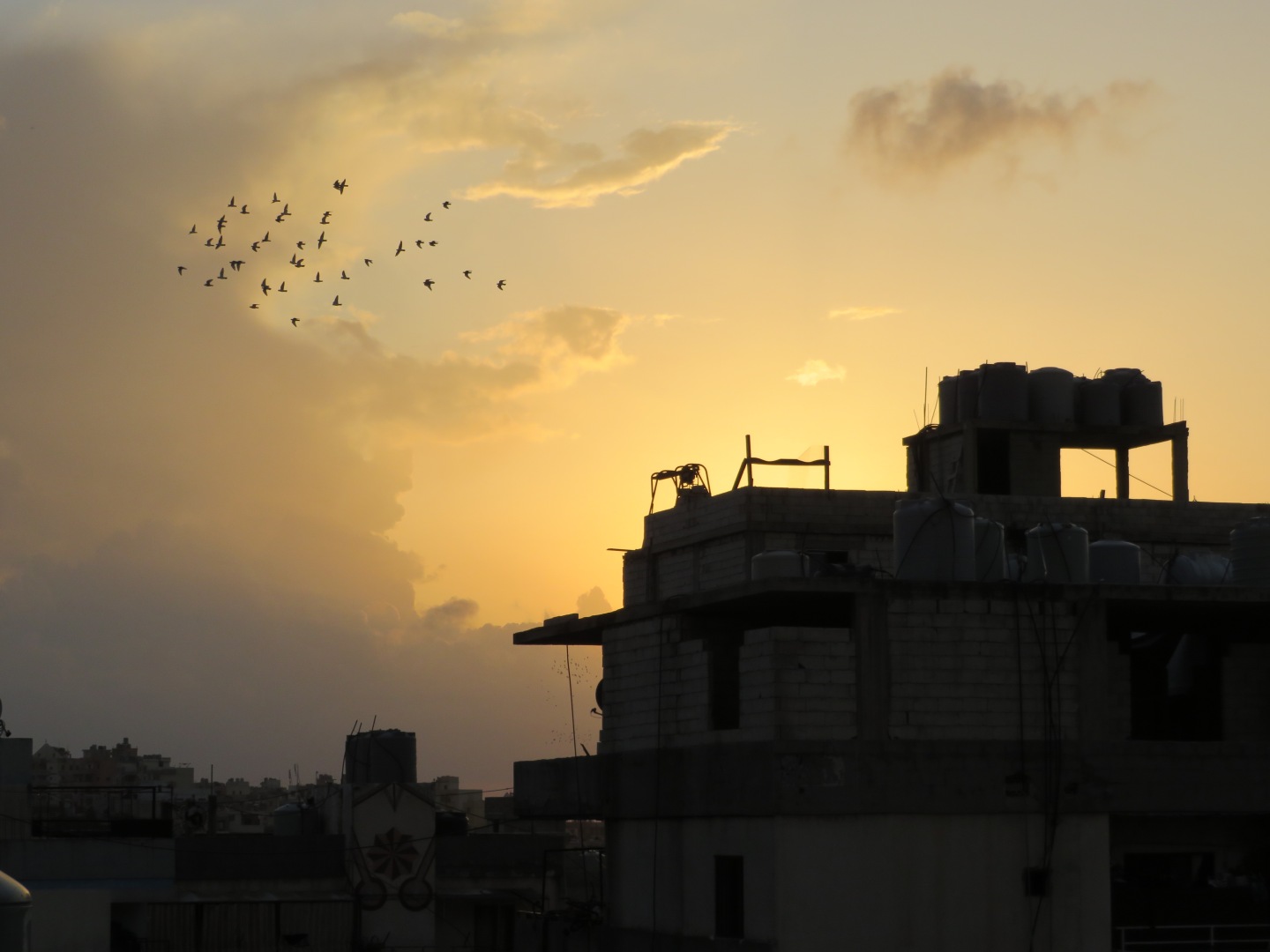 In this soundscape, the sounds of Syria in Baddawi refugee camp in Lebanon can be heard neither through the perceptible voices nor the dialects of refugees from Syria, but through the evocative sound of the Syrian coffee-seller, whose presence is announced across the camp’s alleyways through the recognisable clinking of his coffee-cups. Everyday life carries on in the camp, with the high-pitched hum of the electricity generator, and the sound of children playing in the camp’s busy ‘streets’.

This second – longer – soundscape offers echoes of everyday life in Baddawi camp, in particular through the overlapping calls to prayer and afternoon conversations on the roof.

For more on Baddawi refugee camp, read our collection of pieces, including poems, academic works and photo galleries, here.

Listen to sounds from Beyoglu in Istanbul, the modern heart of the city and also home to many refugees from Syria.

Sounds from the busy Galata area of Beyoglu, where shoppers and tourists mingle with the call to prayer.

A refugee youth plays a tune as people pass by along Istiklal street.

You can read more about the second soundscape, which features a tune played by a young refugee street performer, in this article written by Refugee Hosts Project Coordinator Aydan Greatrick.

Listen to Hamra, a neighbourhood in Beirut, Lebanon, which has become home to many refugees from Syria.

For more on this soundscape, read this article by Refugee Hosts Co-Investigator Prof Alastair Ager.

In this recording, social encounters and migration can be heard in what Tom Western describes as an example of ‘anthropology in sound’.

Look at the photo essay that accompanies this recording here.