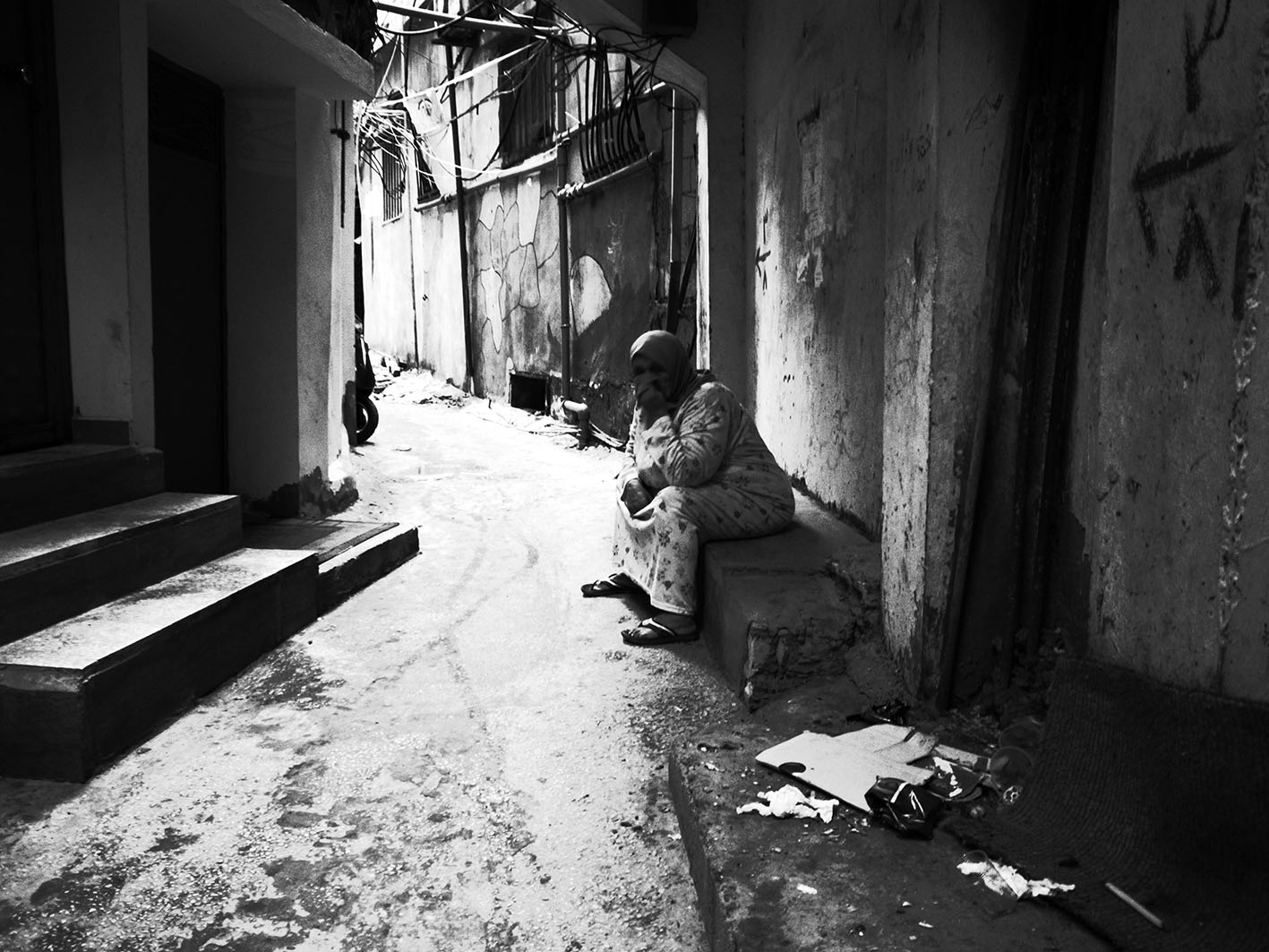 Since the Syrian conflict erupted, Lebanon has experienced a large influx of Syrian refugees (circa 1.5 million people), as well as Palestinian refugees from Syria. Unlike Jordan and Turkey, Lebanon refused to build official refugee camps for Syrian refugees. This prompted both the emergence of many new informal settlements around the country, in addition to a large number of refugees from Syria having sought shelter inside established Palestinian camps.

Most Palestinian refugees displaced by the Syrian conflict – in addition to a large number of Syrian refugees – found shelter in one of the 12 Palestinian camps around Lebanon. In part, this is because the established Palestinian camps offer a space where rent is cheaper than urban areas around Lebanon, as well as the existence of a large informal economy and market where chances of securing a job in construction or service labour are higher than outside the camp. The strong social structure established over 68 years inside the established refugee camps has also been a central motive for ‘new’ refugees from Syria choosing it as a site for shelter. More than 100,000 Palestinian refugees left Syria since the conflict erupted, mostly coming from Yarmouk camp which has seen heavy destruction; at least 42,000 of those Palestinian refugees sought refuge in Lebanon according to the UNRWA Syria 2016 Emergency Appeal.

Burj el-Barajneh camp is located in the southern part of Beirut, and is officially home to over 20,000 Palestinian refugees, who live in an area of less than 0.3 km2, making it the most densely populated Palestinian camp in Lebanon today. According to estimates gathered during my fieldwork in Burj el Barajneh camp in August 2016, however, the camp’s population has tripled in the past 3-4 years, amounting to what is “locally” quoted as 60,000 refugees residing within this space.

The camp was established in 1950, and has been witness to a violent history of conflict and destruction especially between 1984-1990, during the War of the Camps. This history, and the Lebanese government’s policies imposed on Palestinian refugees in Lebanon – including a work ban in most professional sectors, a ban on construction material entry, as well as ad hoc restrictions in movement – have meant that the camp’s spatial form and infrastructural conditions are under great strain, especially since the camp continued growing after the War of the Camps.

In light of now also hosting refugees from Syria, this has meant that a space and spatiality which has been developed over 68 years of protracted refuge to shelter some 20,000 Palestinian refugees is today sheltering triple that number; this has had a direct impact on the spatial production and infrastructural conditions inside the camp. The following images are testimony of this.